For our first major article, The Painted Smile has an audience with George Galloway, Respect MP for Bradford West, film maker and prominent media figure. Through the fizz of the phone line, Rolling his ‘R’s’ with the flair of a Shakespearian actor, Galloway lays waste to mainstream politics, the media and a certain former Labour Prime Minister.

I’d like to firstly discuss the theme of disenfranchisement with politics in the UK. The thing that really piqued interest in this debate was Russell Brand’s recent Newsnight interview.  He said: “i’m not voting because of absolute indifference because of the lies, treachery of the political class”. He’s basically validating the idea of the no vote. Even though you’re a member of ‘the political class’ do you find yourself agreeing with that view?

I don’t agree with it no but I wholly understand it and I completely understand the reaction that it got. As I put it in my victory speech in the Bradford bi-election, “people are not apathetic, they are apoplectic”.  They are apoplectic with the pathetic quality and standards of our political class.  It’s one of the reasons which explains my bi-election victory which was fairly unprecedented in British political history: someone from the left of Labour storming to a ten thousand vote majority over Labour whilst the Tories were in power and deeply unpopular.  So nothing like that has actually ever happened in this country before and that’s part of the explanation for it. So although you say, although I won’t take offence, that I am a member of ‘the political class’ i’m very much on the flank of that political class.

You certainly don’t come across like one of those very..robotic politicians.

That was the word I hoped you were searching for.  The political class are ‘speak your weight machines’ (archaic amusement device: see below link) who robotically intone a message which has been given to them by others and a message which has been distilled through focus groups in an attempt to divine what public opinion actually is. But I don’t believe that politics is about finding out what the public think and offering it.  Politics is about working out what needs to be done and seeking to persuade people to follow it. That’s a qualitatively different thing.

The thing is, the electorate had a chance by referendum, to change the voting system  a couple of years ago, to the alternative vote.  It wasn’t the proportional representation that some would have liked.  Arguably, it was a bit of a fudge.  In any case, why did we not vote for the change? Wouldn’t we have had more diversity  as a result of that voting system?

I’m not sure that we would and that’s the problem. There were two problems associated with it, the bigger of which is the most important and the most banal.  This was seen as the policy of the Liberal Democrats at the very nadir, I think it was the nadir, we might find out there’s a further nadir to come, the very nadir of their popularity, when they had just put the Tories in power, they had just reneged on their pledge, signed in blood, to avoid university tuition fees and instead tripled them.  Clegg had gone from the boy wonder to the joker and he was being punished by the public in this referendum.

Secondly, it was as dry as a stick, the whole campaign, proving that if you don’t have a popular way of expressing a political idea, you’re doomed. Thirdly, the system that they proposed wasn’t really proportional representation at all and might have led to less diversity rather than more. So, I’m not surprised that it went down. i was slightly surprised by the scale of the defeat. And it’s all a bit of a setback for those of us who believe in proportional representation.

Watching your interviews on YouTube (see below links), you’re one of the only politicians who will question editorial policy in a television news show and also its veracity. Television news is like a play that has already been scripted in my view and they are less interested in debate than entertainment. I’m not sure if i’m asking a question or applauding you for your approach.

The situation is that they have nothing that I want. I have nothing that they can take away from me and nothing that matters to me is able to be taken away by them. So when I go into media confrontations or frankly when i’m conducting my public life in general I conduct it with that freedom of being a man with an independent mind who doesn’t want anything from the establishment and that makes you quite dangerous to them.

So they set out to weaken you, damage you, kill you if they can. Not literally kill you, at least not yet.  I feel that the political class is rotten and utterly bankrupt and therefore it’s my job to puncture that and show people that.  That makes me dangerous as I say and explains why I don’t get many opportunities on the mainstream news.  I haven’t been on Sky News for a year.  I haven’t been on BBC news for a couple of years, maybe more.

Maybe they took it personally that you completely destroyed their editorial policy whilst you were being interviewed, I don’t know…

…yeah, which proves that their guff about Russian media or other people’s media is just that, guff.

I was reading this morning about your film, The Killings of Tony Blair. Is this coming out in 2015?

Why did you go down the crowd funding route (via Kickstarter)? Did you try and get funding or a distributor initially?

No, I didn’t.  It was a policy decision for a democratically-funded film. I could’ve gone looking for a few rich people to give substantial sums or I could’ve gone to thousands of people and asked for lesser sums. I did the latter and I got it. Having said that, the money which we raised was more than three times what we asked for. We asked for £50, 000, we raised £163,000 and that made it the best crowd funded film in British film history. But it’s not enough: making a film is a very expensive business so I am having to meet someone this very evening, looking for further investment in return for which we’ll have to give away some equity i’m sure. That’s a pity, if it could’ve been wholly crowd funded then literally nobody would have any say on it other than me and my friends and that’s what we wanted. It’s not unfortunately what we’re going to have but i’ll make sure that in exchange for any investment there’s absolutely no control or influence over the editorial line of the film.

Is the tone of the film going to be an attempt to look at a balance of arguments or will it be very much, unashamedly, your own views?

No, it’s J’Accuse.  It’s very much my own editorial. J’accuse Tony Blair.’

Thanks to George Galloway.

© Max Sarasini and The Painted Smile, 2014. Unauthorised use and/or duplication of this material without express and written permission from this blog’s author and/or owner is strictly prohibited. Excerpts and links may be used, provided that full and clear credit is given to Max Sarasini and The Painted Smile with appropriate and specific direction to the original content. 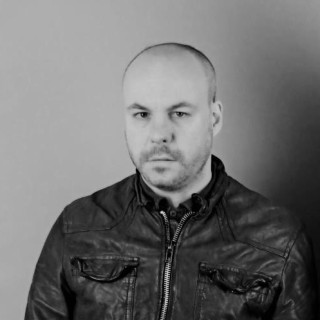